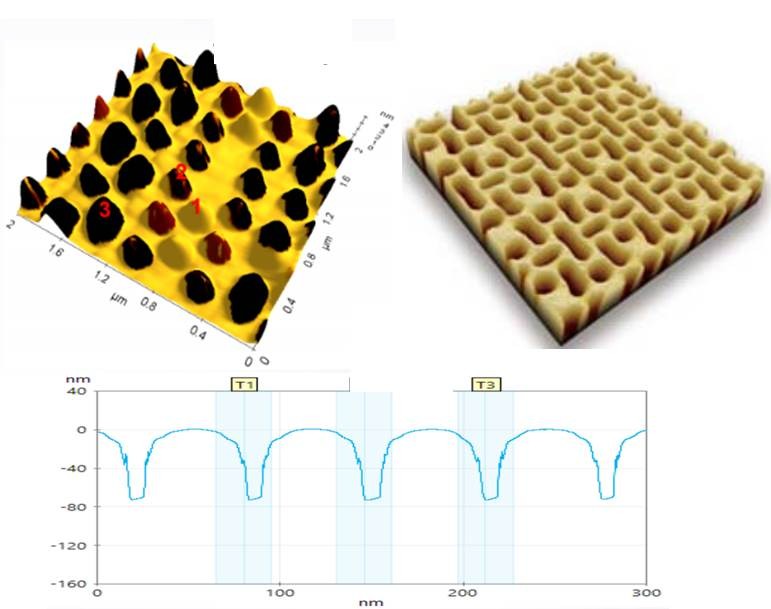 Conductive Atomic Force Microscopy (CAFM) is to add a set of current amplifier into the AFM microscope, then using Contact Mode to scan the test sample surface, while obtaining the height of the signal, if the sample surface can create current, the probe will also get the current signal. Using CAFM to obtain the height and current distribution of sample surface, and we can compare and identify the location of electrical abnormalities and also can get the current / voltage curve (IV curve) further on a specific point. 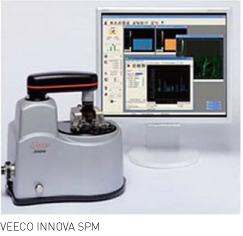 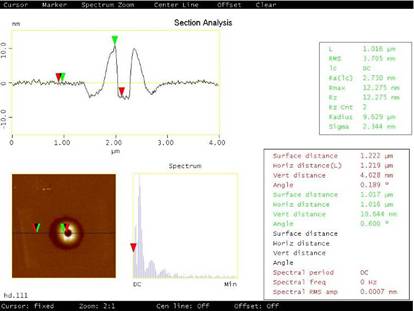 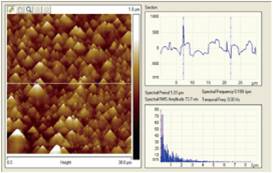 Case 2 : Failure localization by CAFM，compare the topography and current map 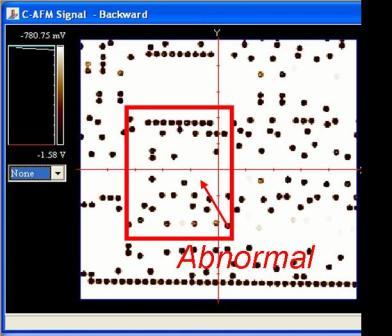 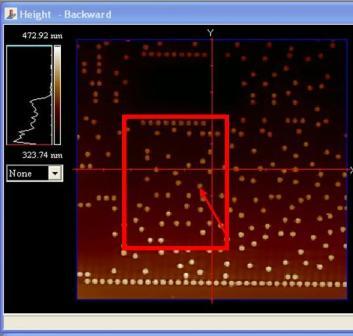 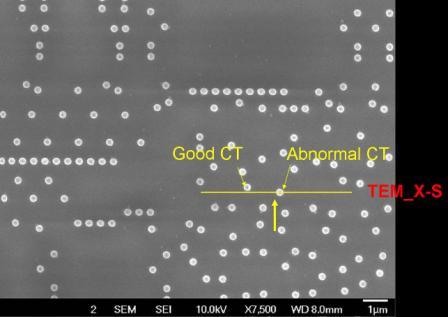